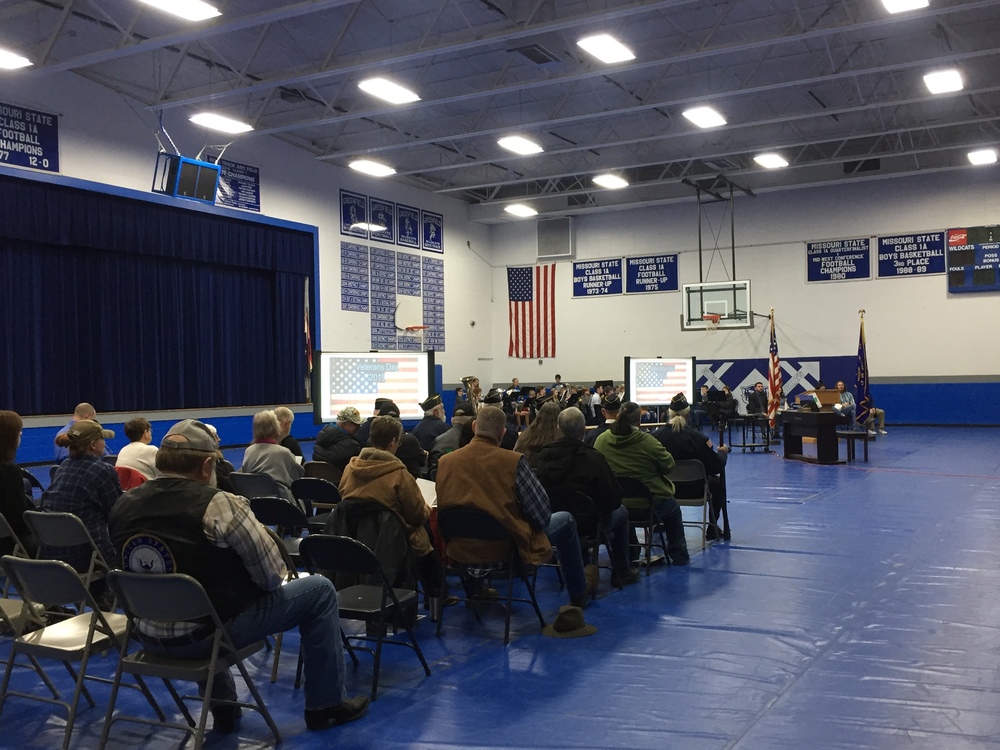 Greenfield R-IV School District hosted their annual Veterans Day Assembly, November 8th, 2019. This yearly assembly extends an open invitation to the public and has always had a fulsome turn-out. This year, twenty-six local Veterans attended and were honorably recognized at the assembly. District grades 5 – 12 and several community members were also in attendance paying their respects and showing their appreciation to these service men and women.

The assembly started with the presentation of colors and the reciting of the Pledge of Allegiance. To hear the voices of even our youngest students, combine with those whose vocals hold a bit more experience, started the ceremony off with a lasting sense of pride that was present throughout the remainder of the morning. Special musical selections were performed by the High School Choir and the Wildcat Pride Band. One highlight of the assembly was hearing from key-note speaker, Steven Stapp. Steven Stapp is an alumni of Greenfield R-IV and Veteran of the Army and Navy. Steven is the father of Draven Stapp (GHS ‘17), Harley Stapp (GHS ’19), and Isabella Stapp (GHS ’21). Following Mr. Stapp’s discourse, the audience viewed slideshow presentations by Mrs. Kemp's Desktop Publishing class as well as one put together by the GHS Class of 1967. In closing, a moment of silence was observed as senior instrumentalist, Chance Williamson, played a rendition of “Taps” via trumpet. Veterans in attendance created a receiving line in which grades 5 – 12 went through paying respects and showing their gratitude. Following the assembly, Veterans and community members were invited to the High School Cafeteria for a light reception. Cafeteria staff and Mrs. Robertson’s FACS students teamed up and served an assortment of snacks and refreshments.

Greenfield R-IV School District would like to formally thank the service men and women of all branches whether they served in the past, present, or future. Thank you for your sacrifices, your bravery, and the example you set for us all. 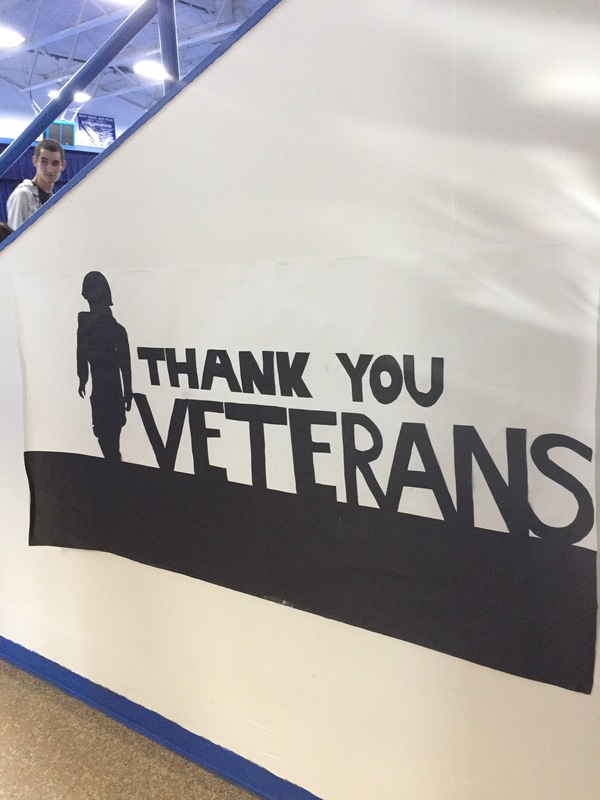