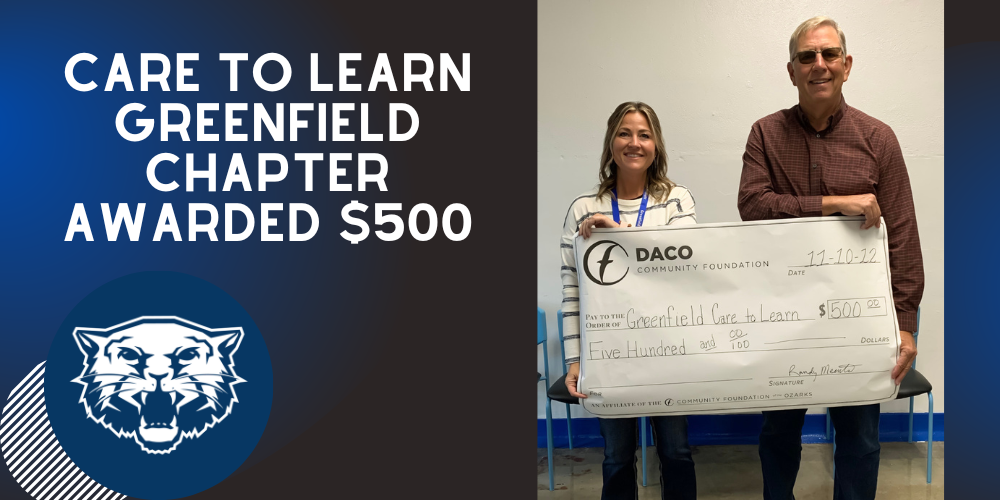 The DACO Community Foundation puts on a Hunger Challenge Golf Tournament, annually held in September. The funds generated by the tournament are used to support the fight against hunger in Dade County.  Five grants were awarded this year from the tournament proceeds. The Care to Learn Greenfield Chapter has been awarded $500 to use towards the weekly backpack food program, known as Wildcat Packs. The Wildcats appreciate you and all who showed up to support your event! 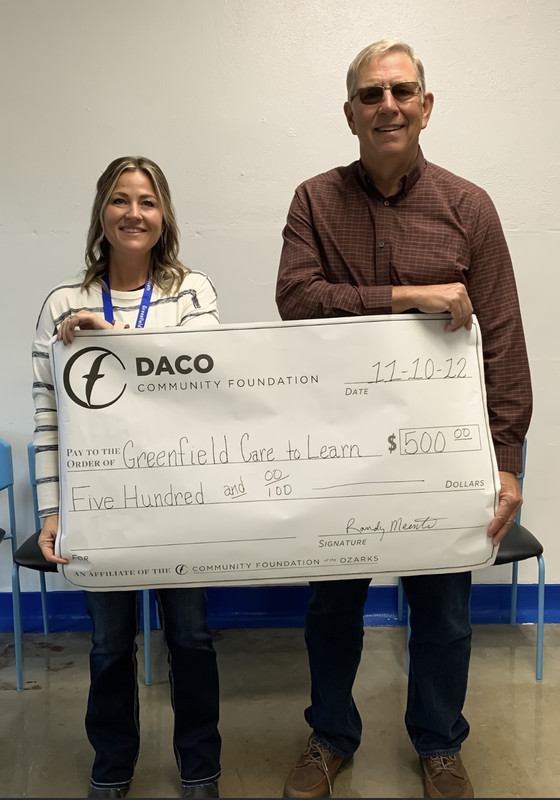