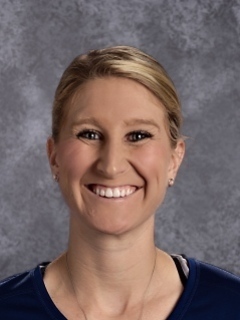 Greenfield Track season is underway and thrilled to showcase a new face in Head Coach, Olivia Dobbs. Dobbs comes from an extensive Track and Field background and has a plethora of knowledge, making this transition a smooth and exciting one for our Wildcat Athletes.

Olivia Dobbs is familiar with the area as she grew up in Halfway, Missouri. In High School she was a four year athlete on the cross-country, track and field,  basketball, and softball teams. Throughout High School she earned several accomplishments including 3 state titles (1 in the two mile and 2 in the one mile), all state, all conference, and all district awards in the 1 mile, 2 mile, and 800 meters.  In cross country, Dobbs placed 14th (fresh.), 2nd (soph), 5th (junior), and 2nd (senior), respectively. Dobbs High School Career was rounded out by earning honors in softball and basketball while also being a two year recipient of the Southwest Missouri’s Sportsmanship Award.

Following an impressive career at Halfway, Dobbs went on to run cross country as well as track and field for Missouri Southern State University in Joplin, MO. At MSSU, Dobbs was in the running for the Division 2 conference Freshman of the Year Award. After her freshman year, a transfer was in the works and took Dobbs to Missouri State University in Springfield, MO. Dobbs would finish out her running career at MSU as a Division 1 Lady Bear running on their varsity team squad.

When asked what type of coaching philosophy she looks to put into place, Coach Dobbs had the following to say: “In my coaching career, my head coach told me not to always look at everything as black and white.  That’s when I started coaching from the gray zone.  Not every situation or athlete can be handled the same.  Fair does not mean equal.  My goal is to get to know my athletes.  Find their motivator, push them to excel, make them believe they can achieve more than they thought possible. I will believe in their abilities way before they even realize they have skills.  Not every kid will be a great athlete, but every kid deserves the opportunity to be a part of a team, practice good sportsmanship, experience work ethic, discipline, integrity and have someone believe in them.  Sports can be about finding a place to belong.  There is always a winner, but that doesn’t mean the other team is always the loser. And we are going to celebrate all those achievements. I believe being a good coach is putting your athletes in situations where they will be successful, building them up.  But just as importantly, putting them in situations where they will be pushed to their limits and not finish first, the knock down. This builds a strong solid base for an athlete. It’s a constant rotation and balance of the two. This is great preparation for life. I also know my limitations.  I know I need to collect my synergy through a great coaching staff.  I want a coaching staff that one, truly cares about kids; and two, has great passion for their event/position.  t the end of the day, we are there to cheer each other on till the clock stops, celebrate the victories and console the loses with a hug and a pep talk about how we can do better the next competition I want my athletes to have the drive to win and excel, but the coping skills for defeat. How we handle ourselves in the heat of competition often is how we will handle ourselves in life. Let’s do it with class!”

Greenfield Junior High Track is made up of 9 athletes, while the High School team showcases 16. Nine track meets are on the schedule for the 2019 season.